They combine data outputs from the Northern Ireland Census 2011, the Ireland Census 2011, and the Labour Force Survey to detail the current level of migration in Northern Ireland. Following from this Higher Education Statistics, Tourism Statistics, Department for Infrastructure Transport Modelling, the CSO Cross Border Shopping Module and Mobile Network Operator Data will be used to highlight the complex people and vehicle crossings along the Northern Ireland and Ireland border. It is planned this will be further updated when more data becomes available. 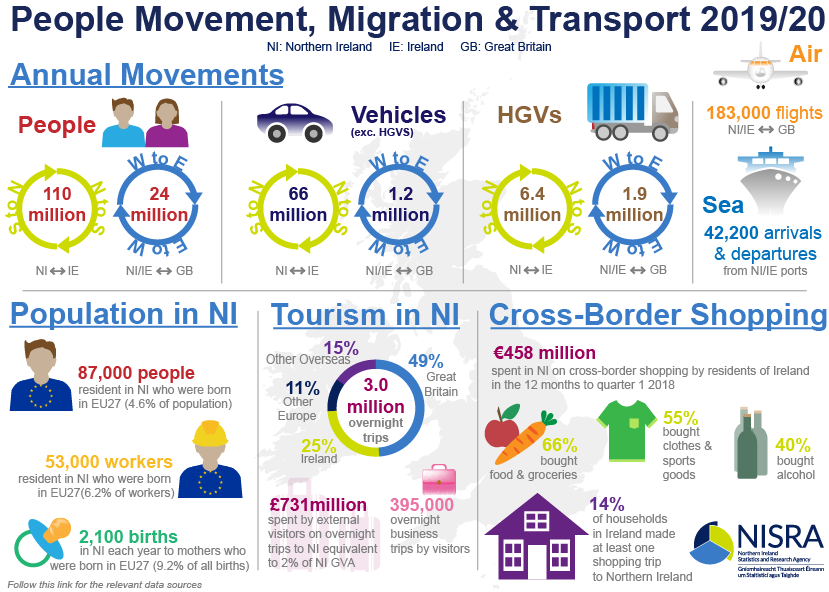 A number of data sources were used for the People Movement and Migration slide pack: