The labour market statistics were published today by the Northern Ireland Statistics & Research Agency. Labour market indicators continue to show improvements over the short-term. Most indicators (with the exception of payrolled employees) have not yet returned to pre-pandemic levels. 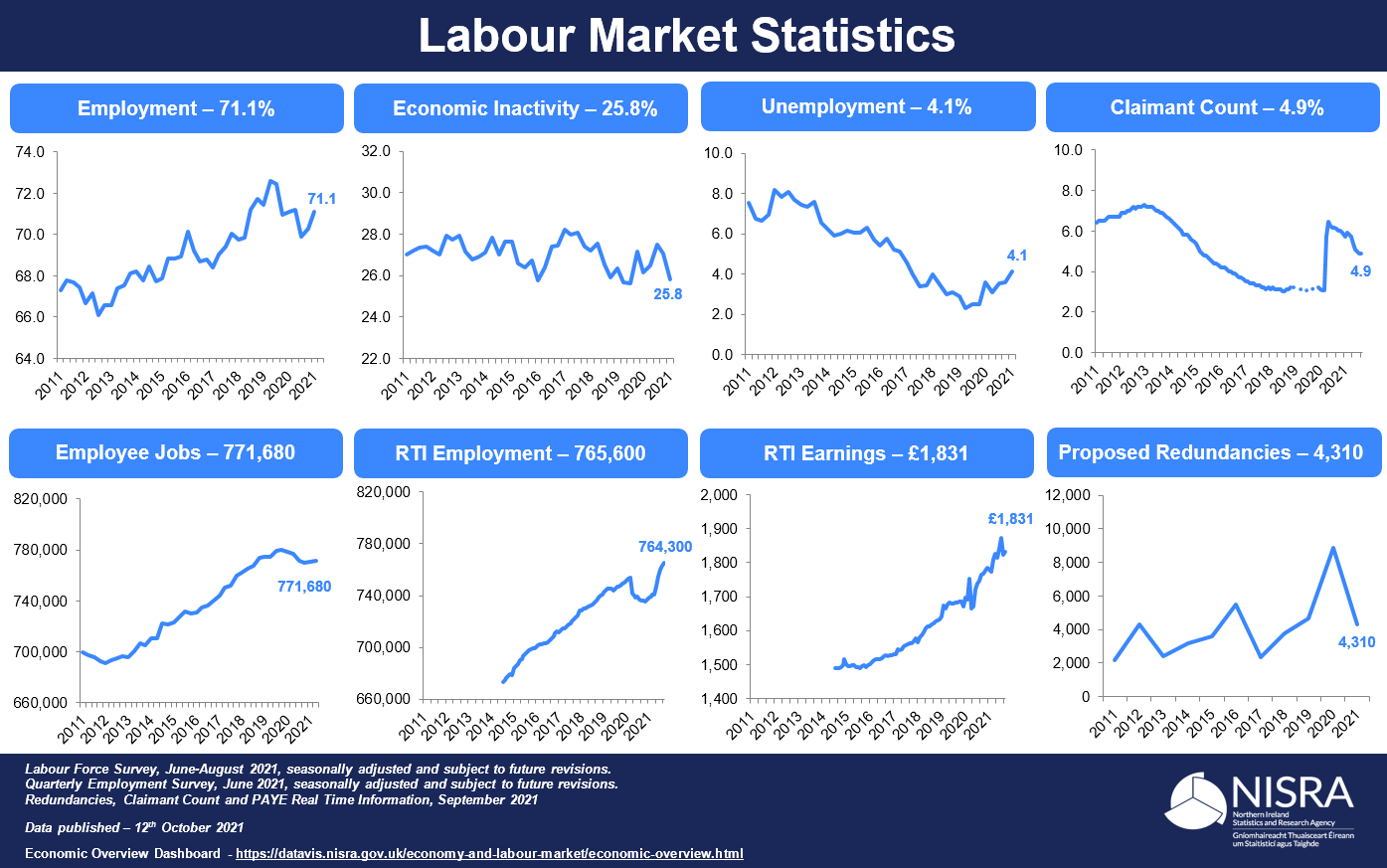 The statistical bulletin and associated tables are available on the Labour Market Report - October 2021 page.